The fastest, most-effective Agricultural Lime on the market

With G-Lime you make every penny count. Unlike ground limestone, which will contain many larger chips, every pellet of granulated lime is 100% effective at raising the pH of your soil. By maintaining soil at the required pH, locked nutrients are made available to the plant for uptake, increasing the value of nutrients in every bag of fertiliser.

G-Lime has a proven effect on crop yield, when compared to untreated land, for identical soil and weather factors. In a recent field trial in County Antrim, soil applied with 150kg/Ac of G-Lime, resulted in a 47% increased yield of Winter Barley. The additional calcium also ensures that your crop remains resilient against threats from bacteria, fungus and insects.

Adopting a “little and often” approach to your liming program can provide you with significant savings and increased nutrient-use efficiency, ensuring that you continue to maintain the best possible conditions for higher quality, greater volume and more resilient crop - for many years to come.

It’s time to make your soil work for you!

“I use G-Lime because the product is easily distributed using a conventional fertiliser spreader and can be used at any time of the year on bare ground or on growing crops. The product reacts immediately in the soil improving fertiliser performance. G-Lime helps me to manage my soils pH, improving soil fertility and application rates are lower than conventional ag lime saving time and money.” 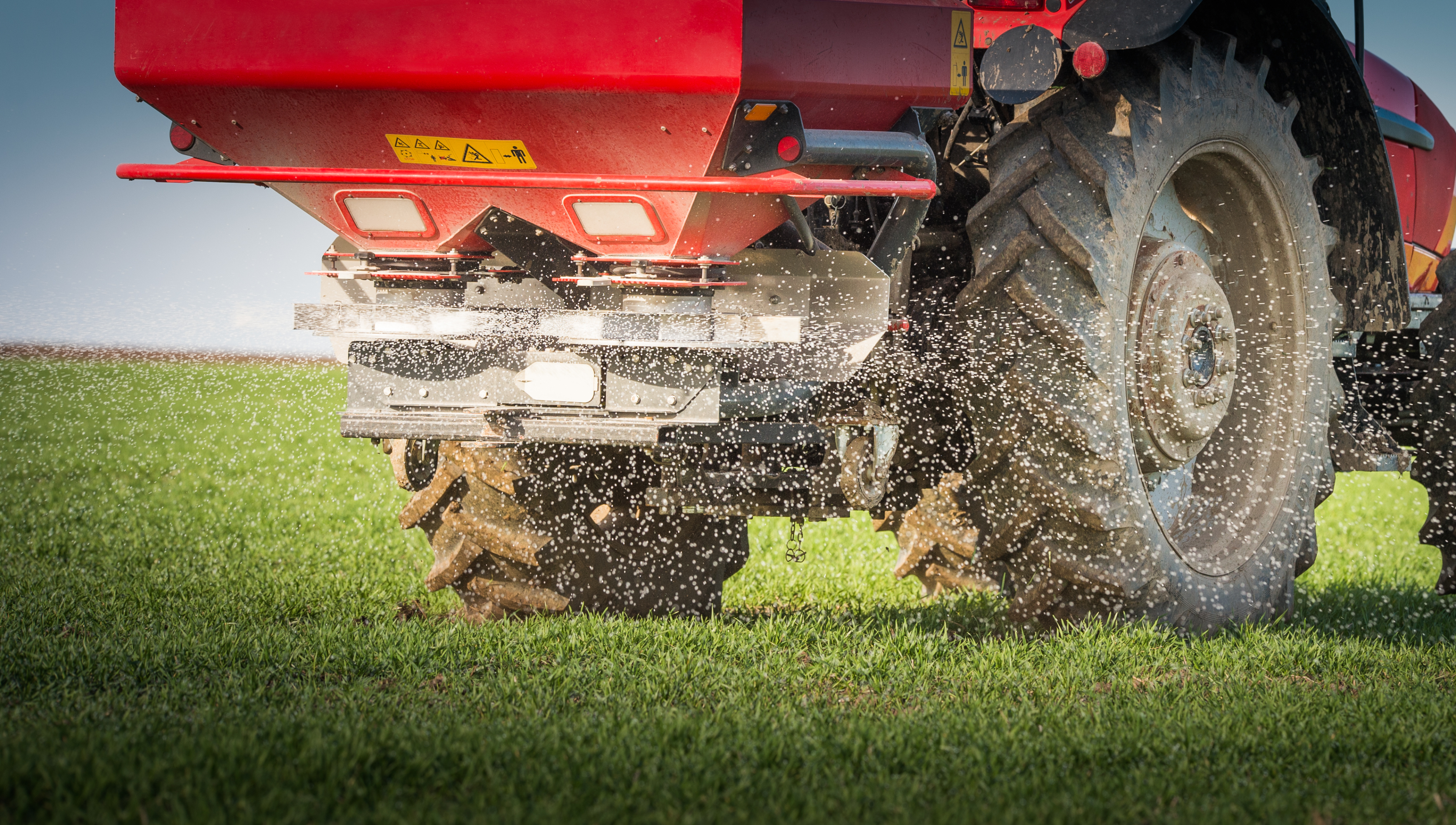 G-Lime is a granulated agricultural lime, made from extremely fine calcium carbonate. It is similar to a compound fertiliser and can be spread with your own fertiliser spreader.

Why should I use G-lime®?

To correct and maintain soil pH at targeted levels, while also adding the essential nutrient calcium to the soil.

Are there any other benefits?

Yes, you will notice livestock grazing a lot tighter indicating swards are much more palatable. Also, where there is a lot of slurry applied it will serve to break down that spongy matt on the surface giving you better surface drainage but also better contact between the root and essential nutrients when it works down into the soil.

It’s confusing this talk about lime, there seems to be a lot of products on the market?

When purchasing lime, the three most important specification issues are: Total Neutralising Value (TNV), Fineness (Sieve Analysis) and Reactivity (How quickly it will work). Simply ask your lime supplier to give you their figures for these. G-Lime® has a neutralising value of 97%(CaC03) and a fineness of 99.7% passing the 125 micron sieve. These we believe are unequalled.

What is the analysis of G-Lime®?

What is the best time to apply G-Lime®?

G-Lime® can be spread at any time of the year. In arable farming this depends on the crop. For best results sow with the crop so that it can get to work as the plant develops. In Grass, spreading G-Lime® as early as possible in the spring is best. In silage production, spreading again after first and second cut boosts fertiliser and slurry utilisation.

Can I mix with compound fertiliser?

G-Lime will give the best effect if it is applied in advance of other nutrients. However, G-Lime can be spread at the same time as compound fertiliser with no ill effects. In the case of slurry or urea, it would be preferable to allow time for adequate rainfall between applications of G-Lime and these forms of nutrients.

What is the recommended G-Lime® spreading rate?

Research shows that an average ground is typically in need of 3-4 cwt per acre or 375-500kg per Ha per year. This said, ground with a nearly correct pH will need less than a very acid soil. In extreme cases of soil acidity it is advisable to use ground limestone as well as G-Lime® to correct the pH. In crop production, soil analysis will indicate the current soil condition and crop specific requirements will indicate the required nutrient and lime input. As a rule of thumb, in Arable farming each 50 kg / acre raised the pH by 0.1 units. Farmers should seek professional advice in relation to crop requirements.

How quickly will G-Lime® work?

This depends on the moisture levels. In normal conditions the pellet will start to break down very quickly and because of the fineness of the product will become effective almost immediately.

Are there any other nutrients in G-Lime®?

G-Lime contains 38.8% Calcium, a vital macro element in plant production. Research has shown that 92kg/acre of G-Lime are required to replace the calcium offtake from a 3-cut silage system.

If I don’t use G-Lime® will I suffer financially?

It is not by accident that after the introduction of artificial fertilisers lime applications suffered a steep decline probably because of two reasons:

(1) artificial fertilisers gave a quick response and did not force the farmer to think of liming needs;

(2) the inconvenience of spreading traditional ground limestone making it a job only done with reseeding because of the hassle factor.

Lime has become the forgotten ingredient in today’s farming. It is not a question of suffering financially but it is an integral part of soil conditioning and is a ‘must do’ application in modern farming. G-Lime® in its granular form sown makes lime easy to apply with your own fertiliser spreader in a precise application year after year.